Assisi is a town and comune of Italy in the Province of Perugia in the Umbria region, on the western flank of Monte Subasio.

It was the birthplace of St. Francis, who founded the Franciscan religious order in the town in 1208, and St. Clare (Chiara d’Offreducci), the founder of the Poor Sisters, which later became the Order of Poor Clares after her death.

Now the site of many a pilgrimage, Assisi is linked in legend with its native son, St. Francis. The gentle saint founded the Franciscan order and shares honors with St. Catherine of Siena as the patron saint of Italy. He is remembered by many, even non-Christians, as a lover of nature (his preaching to an audience of birds is one of the legends of his life). 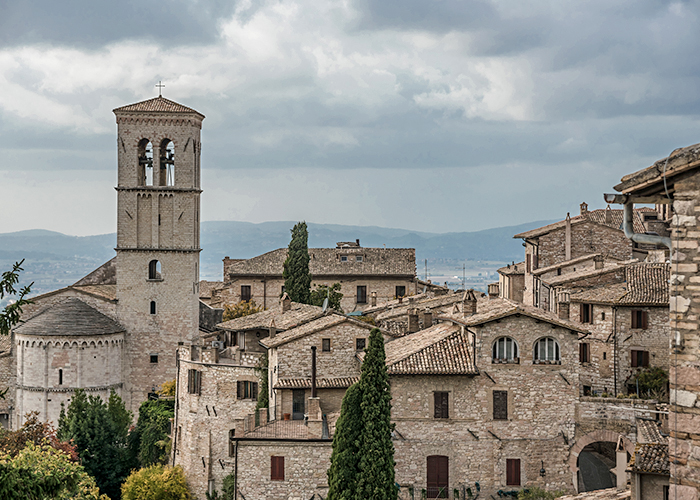 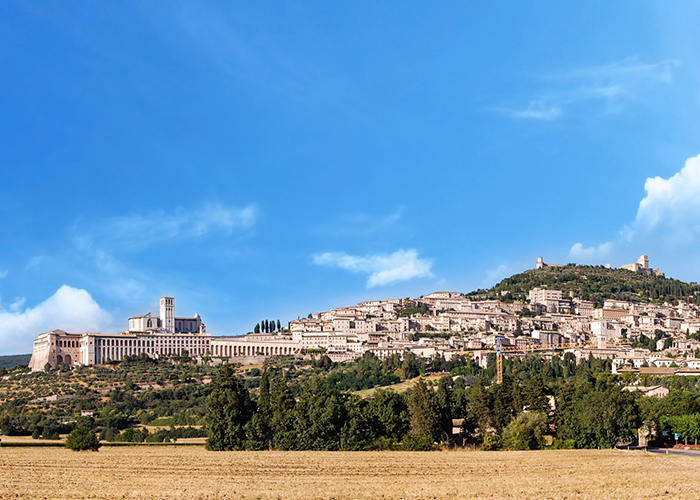 Assisi was hit by two devastating earthquakes, that shook Umbria in September 1997. But the recovery and restoration have been remarkable, although much remains to be done. Massive damage was caused to many historical sites, but the major attraction, the Basilica di San Francesco, reopened less than 2 years later. 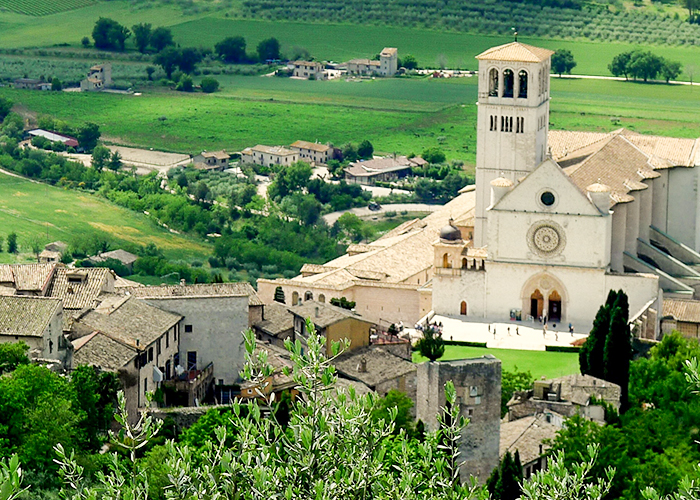 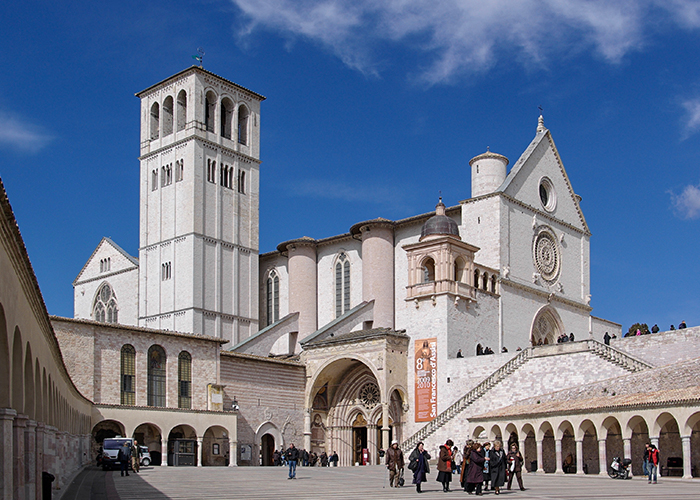 The Papal Basilica of Saint Francis of Assisi (Italian: Basilica Papale di San Francesco, Latin: Basilica Sancti Francisci Assisiensis) is the mother church of the Roman Catholic Order of Friars Minor Conventual in Assisi, a town of Umbria region in central Italy, where Saint Francis was born and died. The basilica is one of the most important places of Christian pilgrimage in Italy. With its accompanying friary, Sacro Convento, the basilica is a distinctive landmark to those approaching Assisi. It has been a UNESCO World Heritage Site since 2000. 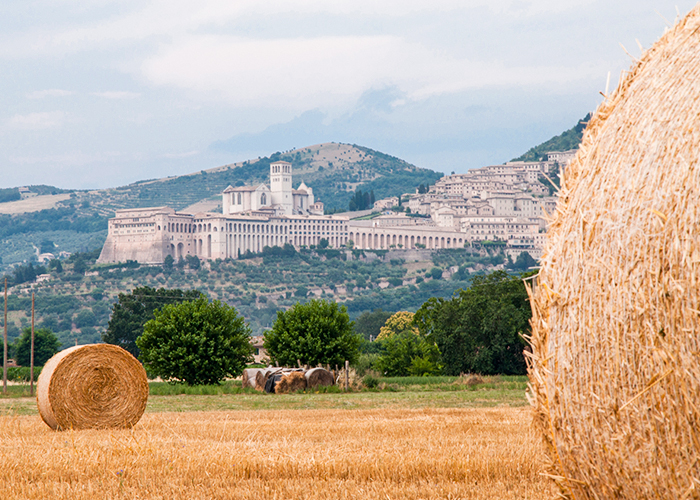 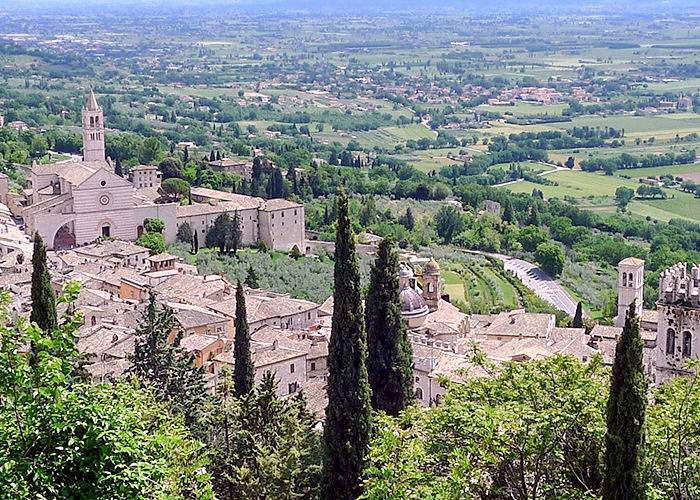 The basilica, which was begun in 1228, is built into the side of a hill and comprises two churches known as the Upper Church and the Lower Church, and a crypt where the remains of the saint are interred. The interior of the Upper Church is an important early example of the Gothic style in Italy. The Upper and Lower Churches are decorated with frescoes by numerous late medieval painters from the Roman and Tuscan schools, and include works by Cimabue, Giotto, Simone Martini, Pietro Lorenzetti and possibly Pietro Cavallini. The range and quality of the works gives the basilica a unique importance in demonstrating the development of Italian art of this period. 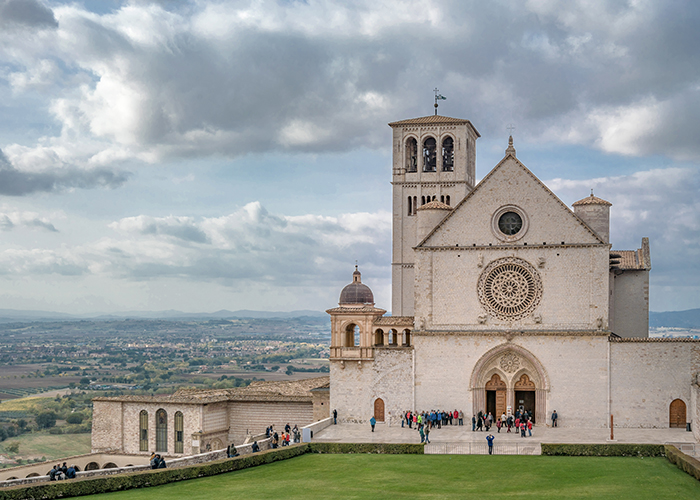