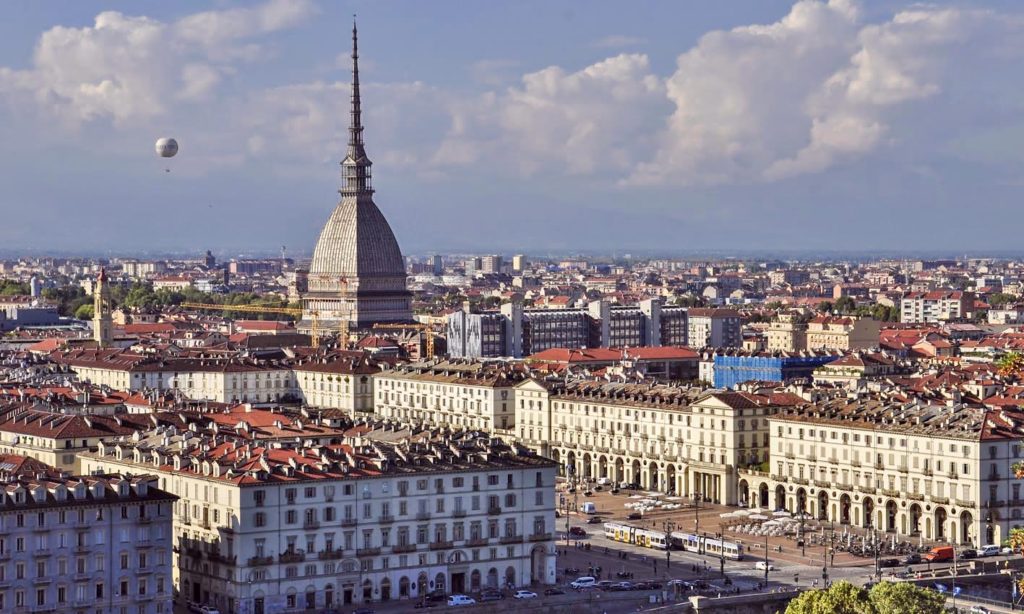 The Mole Antonelliana and the Cathedral of San John Baptist (15th century), in which the Shroud is conserved, are considered the best architecture pieces. Moreover, Turin and the area around the city conserves the nice Residence of the House Savoy, UNESCO World Humanity Heritage. The Egyptian Museum houses one of the most important Egyptian collection of the world.

However, one of the nicest place is the Royal Palace, built in the 17th century and residence of the family Savoy until Victor Emmanuel II. The Real Armoury is conserved inside and is considered as one of the most beautiful collection of weapons and knives, armours and war object. The Real Chapel is the Church of Saint Lawrence, situated close to the Palace.

The Palace Madama was built in the 8th century at the place of an old Roman gate. Its majestic façade was projected by Filippo Juvarra in 1718.

The Cathedral was built at the end of the 15th century, as the masterpiece of the Tuscany architect Meo del Caprina. Crossing the chancel you have the access to the famous Chapel of the Shroud. The Shroud is traditionally considered as the sheet that covered the body of Christ after he left the Cross.

The international archaeology has a great point of reference focused on the Egyptian Museum, one of the most important collection in the world of Egyptian pieces, bodies, works. It is based on a small Savoy collection that have been existed since the 18th century.

The Palace Carignano was began by Guarini in 1679 and was the first headquarter of the Italian Parliament (1860-65). At present, it houses the Museum of the Resurgence.

The symbol of the city is the Mole Antonelliana, 167 metres high. It was built as a synagogue in 1863 by the master Alessandro Antonelli.

The Parque of Valentino is close to the river Po, the longest Italian one. Inside, you can admire the Castle Valentino, a baroque building, that guests the faculty of Architecture; the Medieval Borgo and the modern Palazzo delle Esposizioni.

The Palazzina di Caccia di Stupinigi is a creation of the master Filippo Juvara, who projected it for Victor Amadeus II of Savoy in 1730.

The Basilica of Superga is at the top of the hill that owns the same name and is one of the best work by Filippo Juvarra. The church was built between 1717 and 1731. inside, it is strict and refined; in the underground the tombs of the kings and princes of Savoy.

In 2006, February, the Winter Olympic Games were celebrated in Turin. That event was used as a pretext to develop new ways all around the town and to promote the area and the region internationally. The game were hold, part in the city but most in the communes and mountain centres around Turin between February, the 10th and 26th. The Olympic Village, in the downtown of the city gave accommodation to more then 2,600 people, as athletes, coaches and official delegations. The delivery of the medals was always made in Piazza del Castello, renamed as the “square of the medal”.

Turin is well known for the metal production due to FIAT (founded in 1899) and a cocoa and hazelnut choc called gianduiotto. Not only FIAT, but also SIP, the first company in the management of the phones, today Telecom Italia, the SEAT, the EIAR, then RAI, Italian Radio and Television, Lavazza, Cirio, Martini, Ferrero, Lancia and the Bank San Paolo. It was also the first city of the Italian cinema and maybe for that is a well-appreciated location for acting movies.