Spoleto was situated on the eastern branch of the Via Flaminia, which forked into two roads at Narni and rejoined at Forum Flaminii, near Foligno. An ancient road also ran hence to Nursia. The Ponte Sanguinario of the 1st century BC still exists. The Forum lies under today’s marketplace.

Located at the head of a large, broad valley, surrounded by mountains, Spoleto has long occupied a strategic geographical position. It appears to have been an important town to the original Umbri tribes, who built walls around their settlement in the 5th century BC, some of which are visible today. 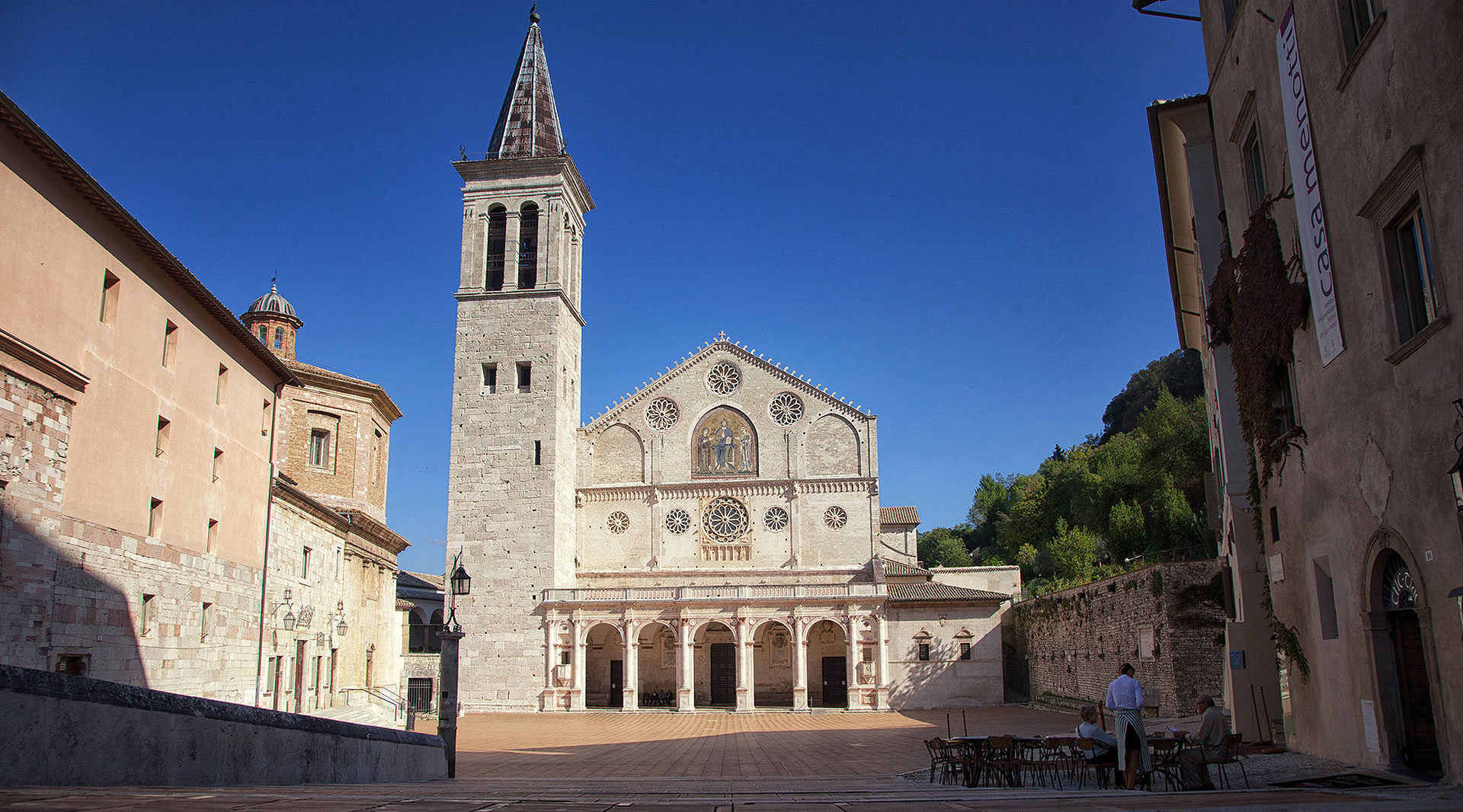 Some important bulidings are: