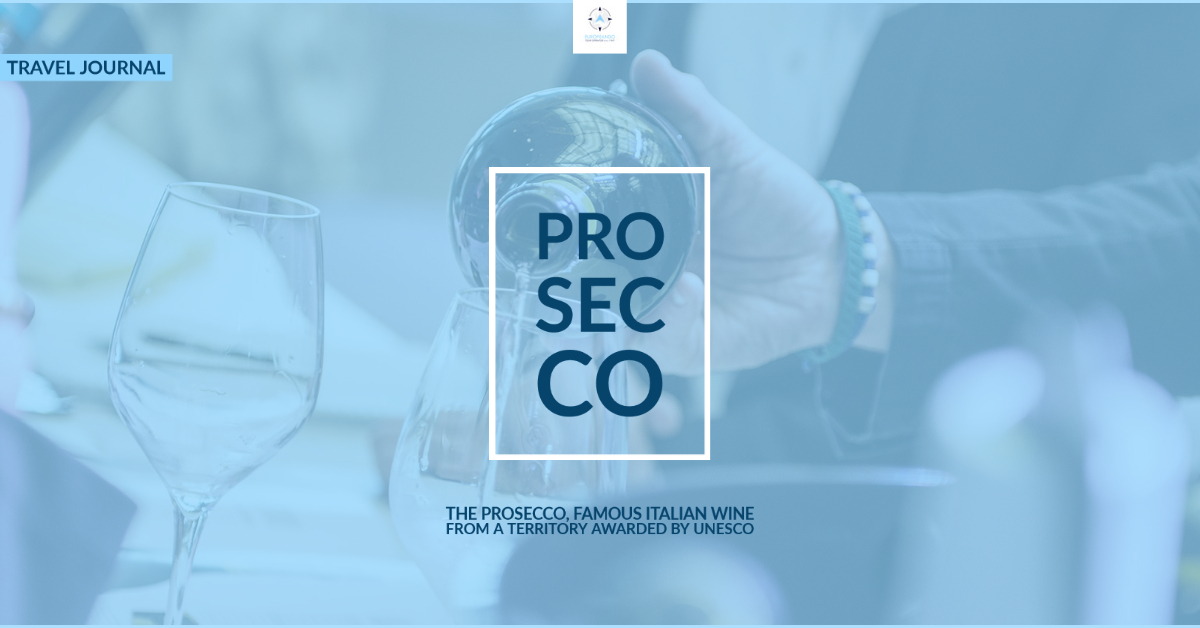 This noble wine has very ancient origins: the original geographical characterization derives from the need to distinguish the production of Triestina Ribolla, at the beginning of the 16th century; the name was suggested by the identification of the place of production in ancient times, the castellum nobile Pucinum wine with the Castle of Prosecco, near the city of Prosecco. 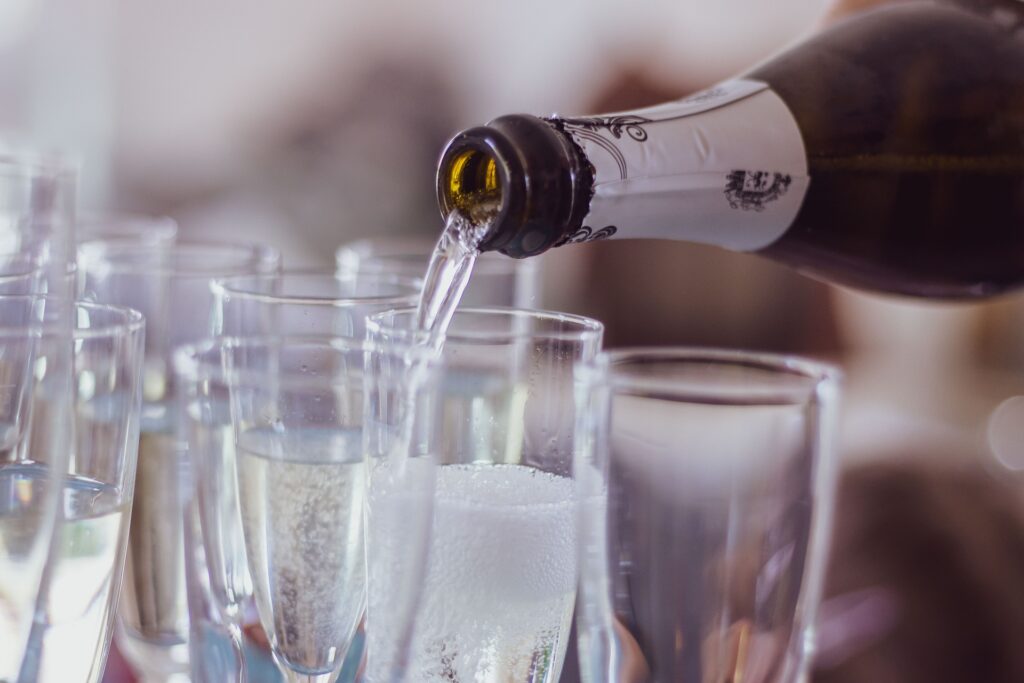 Prosecco has been recognized in the 1990s as Prosecco IGT (Typical Geographical Indication) and in 2009 it obtained the noblest Designation of Controlled Origin (DOC). Prosecco is a white wine, generally obtained today only from the glera grape variety, formerly known as “prosecco grapes”.

The glera grape grows in many regions of Italy, but to produce prosecco it must come from the Friuli-Venezia Giulia and Veneto regions of northeastern Italy; traditionally in Friuli and throughout Veneto, but above all in the Prosecco di Conegliano and Valdobbiadene production hills, located in the province of Treviso, Veneto, which after a recognition process that lasted years, in 2019 were registered in the ‘Unesco’s World Heritage Site as a territory that has to “be protected and safeguarded by the uniqueness of the cultural landscape” as can be read in the official motivation. A landscape forged by man with a lot of work, which for centuries has cultivated vines on demanding slopes and where the work, which is done exclusively by hand, takes a lot of time and effor that is now 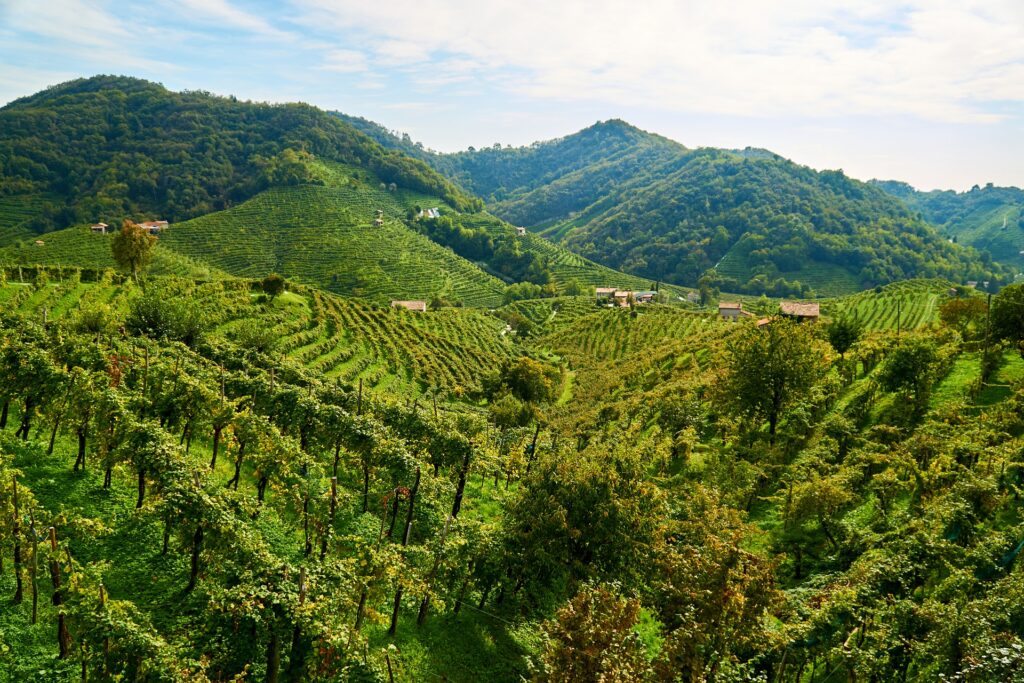 The Prosecco di Conegliano and Valdobbiadene production hills are nowadays a great tourism location as well, where to enjoy the local vineyards and their traditional production, the charm of the lovely hills covered with grapes and, of course, tastings of the great Prosecco docg. 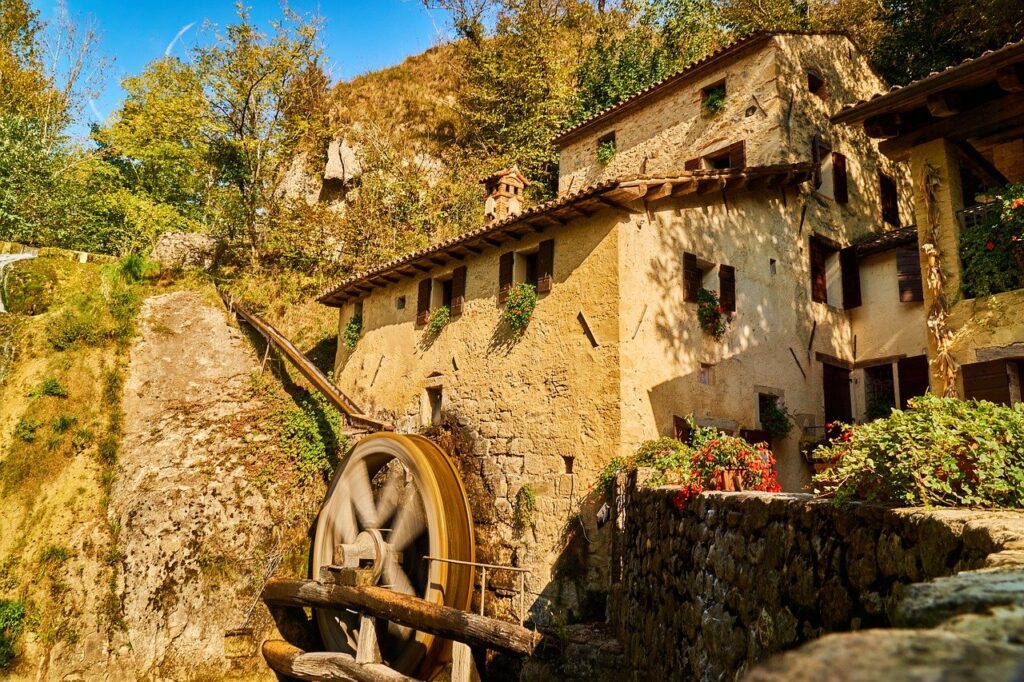 Prosecco is produced using the charmat or large vat method, in which the second fermentation takes place in stainless steel tanks.

Prosecco is produced primarily as a sparkling wine, either fully sparkling (spumante) or slightly bubbly (frizzante, gentile’). Prosecco spumante, which has undergone a complete secondary fermentation, is the most expensive variant. Sparkling variants may contain Pinot Blanc or Pinot Gris grapes.

Depending on their sweetness, proseccos are labeled as “brut” (up to 15 g residual sugar), “extra dry” (15 to 20 g), or “dry” (20 to 35 g). A non-sparkling version (calmo or tranquillo) is also made from glera grapes; however, it only represents five percent of total production and is hardly exported. 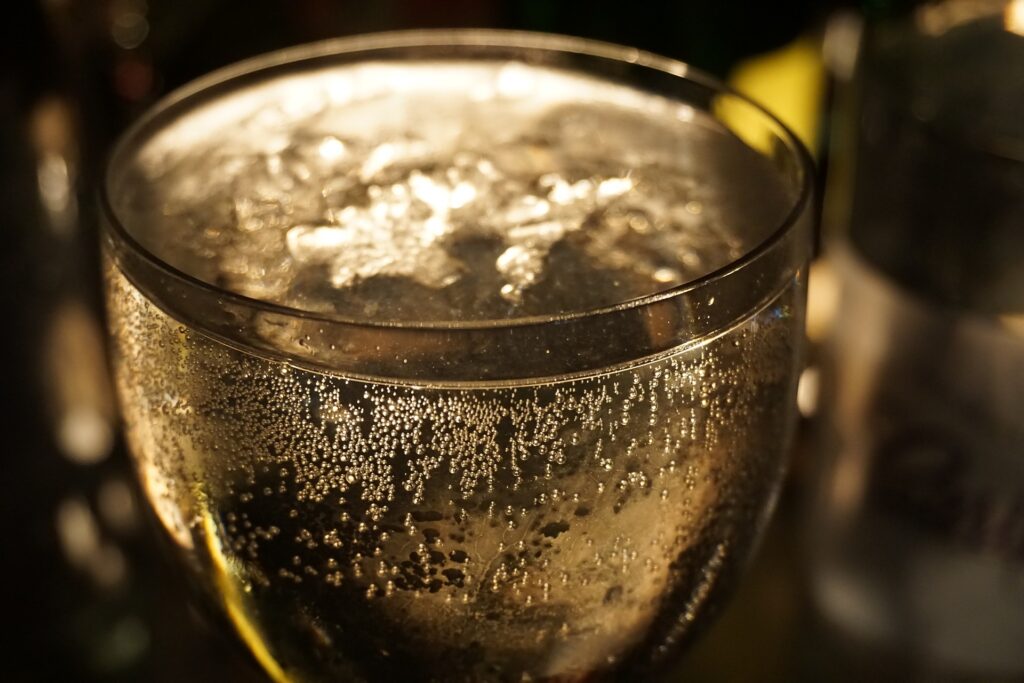 Its freshness, moderate alcohol content and ease of consumption make it appreciated by a very wide range of consumers and that is why in the last two decades it has established itself as the king of the aperitif, also to be the original ingredient of the Bellini and Spritz cocktails. ! 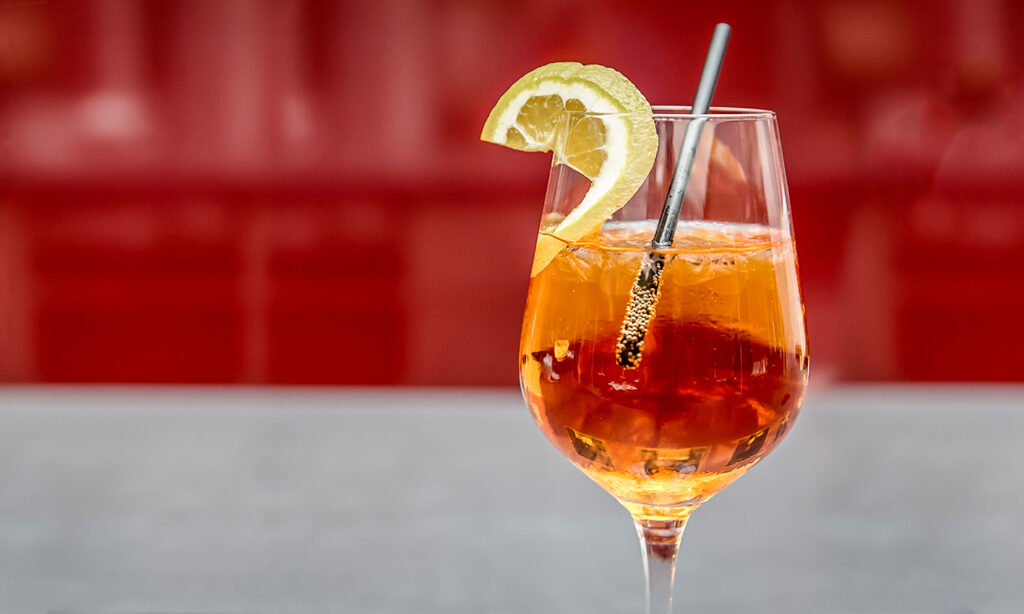 DISCOVER THE PROSECCO AND THIS GREAT TERRITORY WITH US! 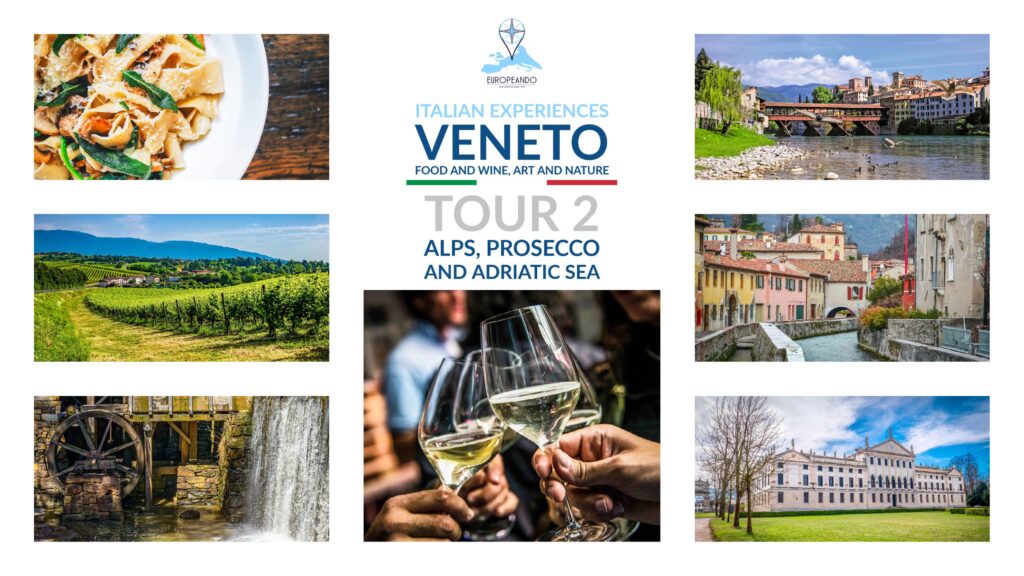 WHAT WE INCLUDE:
• n. 2 overnights with breakfast in an antique villa at Valdobbiadene;
• n. 2 overnights with breakfast in a an antique villa close to Venice;
• Guided tour of the villas of Brenta with ticket admission at La Malcontenta and Villa Pisani;
• Visita at the Museum of the Alpini in Bassano del Grappa;
• Visita at the Museum of the Battle in Vittorio Veneto;
• Guided tour at the Castle of Susegana (with translation into English);
• Visit of a producer of wine Prosecco di Valdobbiadene with final tasting;
• Lunch experience at Valdobbiadene with local food and wines;
• Visit of an old mild at the River Brenta near Venice;
• Visit of the Museum Fioroni in Legnago;
• Itinerary as above
• Bus/ Van at disposal for the mentioned itinerary
• English speaking escort guide/driver up to 8 people (driver and guide with more than 8)