EASTERN SICILY HERITAGE, VILLAS AND A VOLCANO The eastern coast of the largest island of the Mediterranean 5 DAYS – 4 NIGHTS

HERITAGE, VILLAS AND A VOLCANO

The eastern coast of the largest island of the Mediterranean 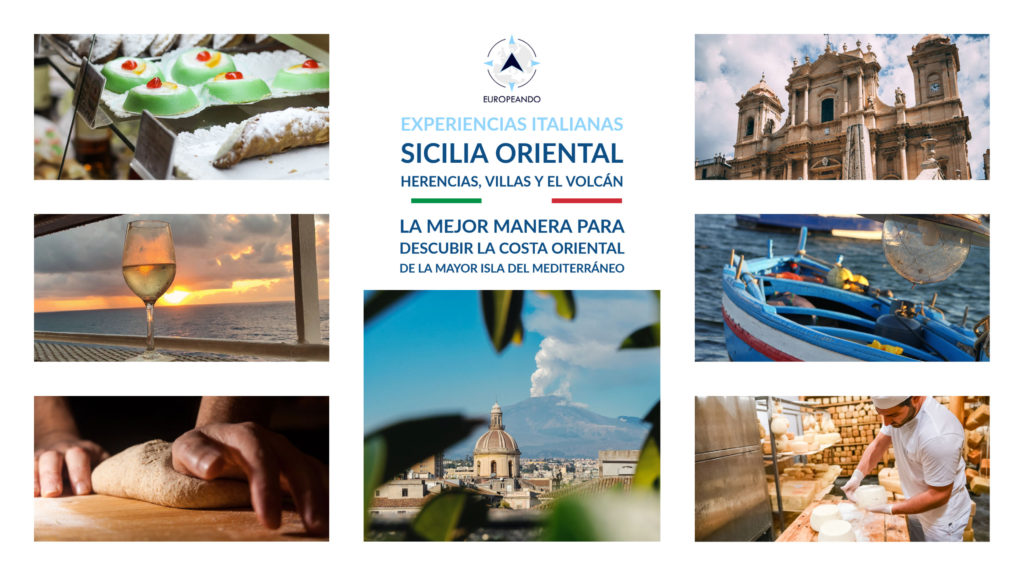 Arrival on behalf of the client at the port or airport of Palermo. Encounter with our English speaking driver / guide and private vehicle. Departure to Palazzo Acreide and visit. Ancient city founded by the Syracusans in the 7th century BC. It is located high up in the Iblei Mountains, hence the name Palazzolo Acreide, derives from Akrai, name of the ancient Greek city. Today it is a baroque center. The excavations of Akrai constitute the main interest with remains also from the Bronze Age. Visit of Noto Antica (The Ancient Noto), inhabited, destroyed by the earthquake of 1693, ruins of the ancient capital city of the Noto Valley designated by the Arabs, remain memories of the rich and prosperous city of the past. Transfer at the hotel and accommodation. The excursion includes a wine

Breakfast. Visit of the Villa del Tellaro; the Roman Villa with elegant and refined mosaics on the embankment of the river Tellaro of the same name. Marzamemi and Vendicari, ancient Norman traps, authentic places of Norman economic splendor. Short boat excursion with fish-based aperitif, from 1 to 4 pm. Visit of Ragusa Iblea, a small noble fraction of the city, it is possible to visit Palazzo Trifiletti (Arezzo) and the Cathedral of San Giorgio with a walk along via 25 Aprile until Hyblean Garden;

Breakfast. Visit of Ragusa, city of Baroque taste like almost the whole province. Continuation to Modica, city built in the river bed and between the valley of the Iblei hills, unique for its baroque style. Later on, visit of Scicli that concludes the baroque cycle, the Spadaro and Beneventano palaces are examples of the degree of never reached. Possible visit to the Costume Museum. Torre Don Virgilio cooking lessons. Visit of Busello cheese factory in Ragusa.

Breakfast. Arrival to Catania. Visit of Palazzo Biscari, a grandiose palace in the historic center of the city, rich in decorations and history. Continuation to the Cyclopean Cliff. Visit to the old pastry shop of Nonna Vincenza.

Breakfast. Randazzo is the closest town to the summit of the crater of Etna, city of landscapes and buildings of rare beauty for tourist interest. The three Mother Churches justify the visit. Continuation to Castiglione di Sicilia: visit of the historic centre. Small village located on the north side of the Etna with exuberant vegetation and landscapes. Transfer to the airport and end of services.

Bus/ Van at disposal for the mentioned itinerary;

English speaking escort guide/driver up to 8 people (driver and guide with more than 8);

Visit of Palazzo Arezzo in Ragusa;

Visit of Palazzo Biscari in Catania;

Tour by boat with fish, fruit and beer aperitif;

Visit to the old pastry shop of Nonna Vincenza.

RATES DO NOT INCLUDE:

There are no reviews yet.

Be the first to review “EASTERN SICILY – HERITAGE, VILLAS AND A VOLCANO” Cancel reply